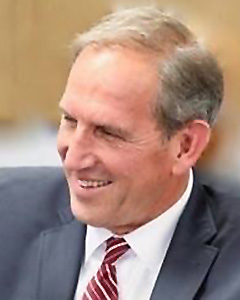 2015 National Superintendent of the Year

Philip D. Lanoue served as the superintendent of the Clarke County School District in Athens, Georgia from 2009-2016. During his tenure, he was named the 2015 National Superintendent of the Year, as well as the 2015 Georgia Superintendent of the Year. Dr. Lanoue served as principal for 18 years in four high schools in Massachusetts and Vermont, his home state. He was named the Vermont NASSP Principal of the Year while principal of Burlington High School. Lanoue is one of the nation’s top 50 educational innovators in digital learning as named by Converge magazine. He has written extensively on the new role of leaders with internationally-renowned expert Dr. Sally Zepeda. His work appears in a variety of publications, including recent articles in LEARNing Landscapes, ASCD Educational Leadership and the School Leadership and Management Journal. Lanoue has been featured in national publications such as The Washington Post.