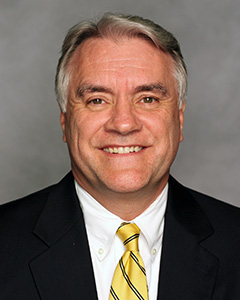 B. J. Worthington has been in public education for thirty-five years.  During his tenure with the Clarksville-Montgomery County School District, he served as a teacher, coach, assistant principal, principal, Chief Academic Officer and Superintendent.  B. J. was recognized as teacher of the year, principal of the year, Tennessee Department of Education Supervisor of the Year and Tennessee Department of Education Mid-Cumberland Superintendent of the Year.  He was also recognized in 2014 by Education Week as a “Leader to Learn From” and received the 2014 Bob Grossman Superintendent of the Year for excellence in school district communication.

Dr. Worthington’s school district in Clarksville, TN was recognized by District Administrator as a District of Distinction twice and his board has been recognized with numerous honors to include a national award from the National School Boards Association.  During his superintendency, his district had the highest academic growth in the state two years in a row and numerous schools were recognized by the state for outstanding student achievement and academic growth.  A school was selected as a Tennessee SCORE Prize winner and two schools were Tennessee Title 1 Schools of the Year.  In addition, five of the seven high schools were listed in the US News and World Report Magazine as outstanding schools and the overall graduation rate maintained over 90%.  His district of over 30,000 students was unique in that it was near a military installation and had STEM embedded throughout all thirty-nine schools.  Each high school had a college and career academy supporting the needs of the students for post-secondary opportunities.

B. J. is a certified McREL leadership trainer and has provided numerous professional developments at the local, state, and national levels.  In addition to leadership, he has presented on STEM, strategic planning, and attaining and sustaining high student achievement using high reliability principles.  He is currently doing professional consulting with McREL, AdvancED, and several school districts.