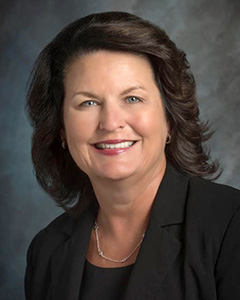 Edith Pickens is an educational leader with over three decades of experience related to educational administration, counseling and teaching. Transforming Education through Technology Journal (THE) named Pickens one of five THE 2007 Innovators. She also is a recipient of the Marbury Technology Innovation Award.

Pickens has served in multiple executive leadership positions at the central office level and as a school level administrator. She has also served as a high school counselor, elementary school counselor and teacher. Pickens attended Azusa Pacific University and St. Andrews Presbyterian College.

Serving as Director of Strategy and Innovation for Huntsville City Schools, Pickens played a key role in the district’s desegregation litigation and negotiations with the United States Department of Justice. Following court approval of the Consent Order, Pickens planned and monitored implementation and had oversight of more than seventy projects across the district focusing on equity. She has expertise leading development and implementation of strategic plans and district procedures. Pickens also led multiple communication and branding efforts, such as the development of a new district website. During her tenure, student achievement improved dramatically as demonstrated by a 22% increase in graduation rate and many other indicators of success.

Pickens enjoys gardening, boating, reading and the arts. She and her husband, Mark, have a daughter, Stacy.